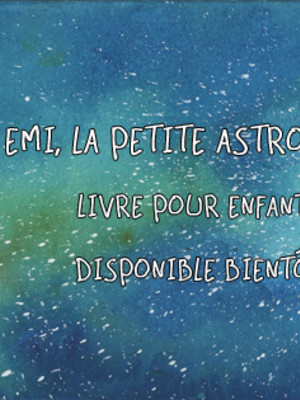 I did a children book! It's right now only available in French but it'll soon in English and German! 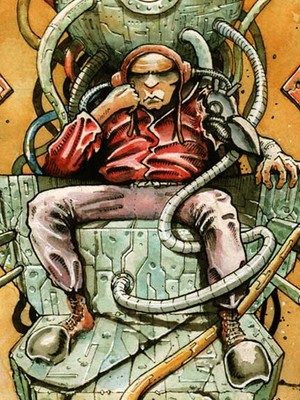 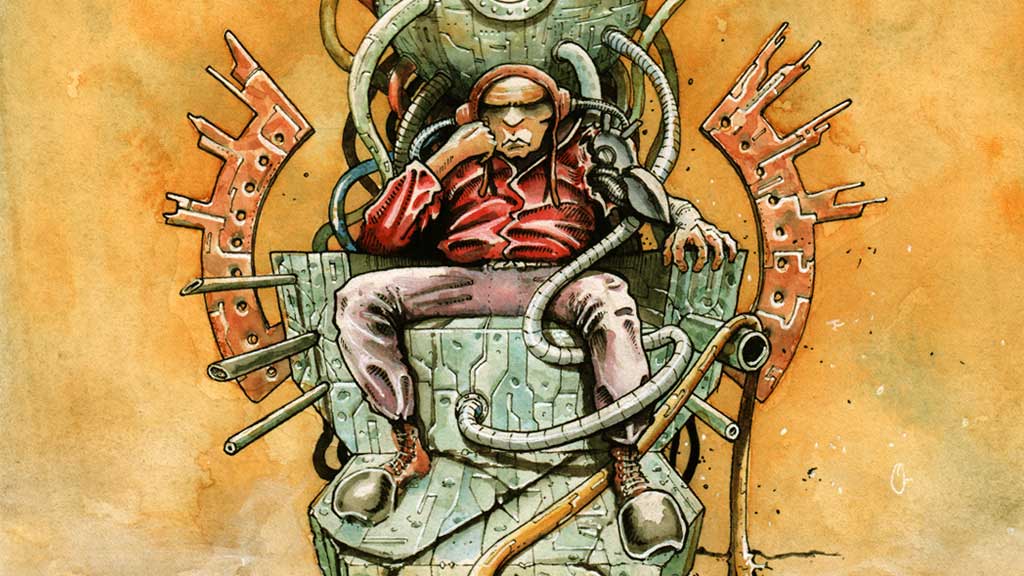 The second part of my sci-fi graphic novel "Devlok" was published in Ocotber 2017. You can see a lot of images of the process on my pages, Facebook and Instagram. Thanks to 89 contributors, The kickstarter campaign to finance it was successful over all expectations. You can order both books through my Bigcartel page.

A cyberpunk comic: Devlok, the Techno-Templar. Book One 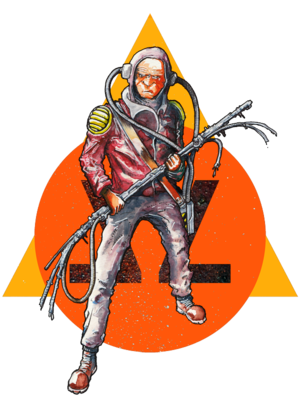 This is an adventure in the "Hyperhedron", a universe whose structure is made of nano-machines, where pseudo-gravity and non-definable temporal sectors act as physical laws, a space where human doesn't really have its place. After the unexpected crash of his shuttle, "Devlok" is taken away by cybernetic creatures and brought into the biomechanical depths of the poly-teflo-carbon giga-tubes,...

This is the first comic I started work on pretty much seriously and it is 99% all hand painted with watercolor, acryl, tempera and various inks on tensed 300g. watercolor paper. As being a Belgian comic fanatic, it has a big european sci-fi influences aswell the format. I published the very first edition of the book myself, including two other short stories and some art in plain pages.

Read more: A cyberpunk comic: Devlok, the Techno-Templar. Book One 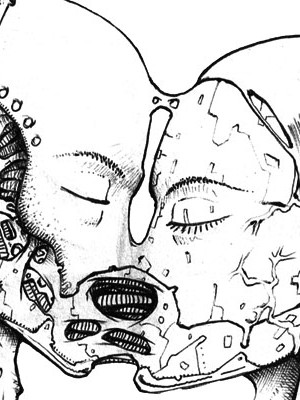 This is the second short comic I did, of course sci-fi and cyberpunk themed. It was intended to participate in some contest but it wasn't taken. Still I had massive fun doing it. Original pages are done with black ballpoint pen on A3 paper 250gr. The comic is available in Devlok's book one. 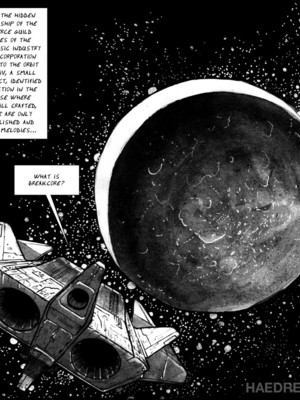 "A breakcore saga" is a short, 4 pages comic. It is also a bit of an inside joke. Yes, if you don't know what breakcore is or if you aren't really connected to this "scene", it might make no sense for you. The comic that was published in 2017 in the 16th issue of "Datacide, the magazine for noise and politics", based in Berlin and run by Christoph Fringeli from Praxis recordings.

Here are the first panels, the next will come. But of course I recommend you to get the magazine for a funnier experience. 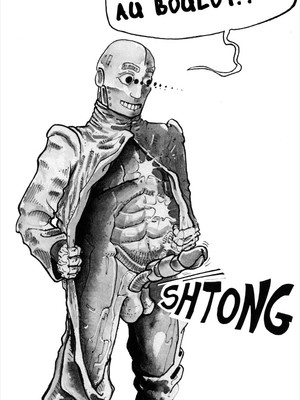 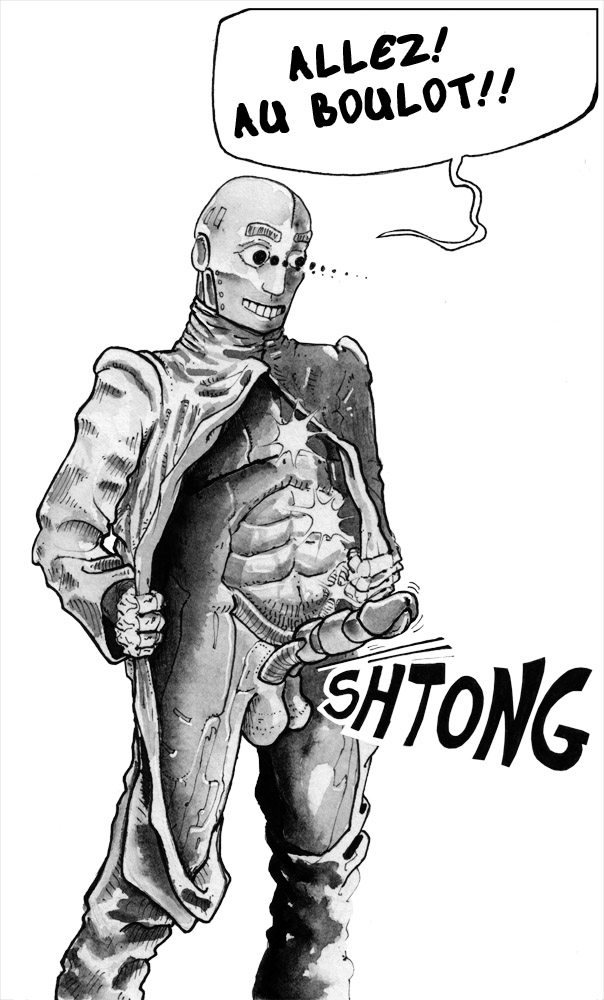 Procreator is an 8 pages, black&white, explicit cyber-erotico-porn short story. I had the idea for a while but I finally done it. Like most of graphic novels, the original pages are done directly on paper, here they size 22,5x32cm. All with inks, watercolor and gouache.

"End of the 21st century, various major pollutions led to a total atrophy of genitals wthin the mâle population and consequently, its sterility.
The ’’neo sperm’’ megacorporation owns the monopole of potent spermatozoon’s synthesis. Specialised in the human insemination, it provides the services of certified cyborgs, endowed with gonads that are more valuables than gold ,...
The "PROCREATORS" ..."

For the moment is only displayed the first page but you can read the whole story in the second book of "Devlok, the techno-templar". 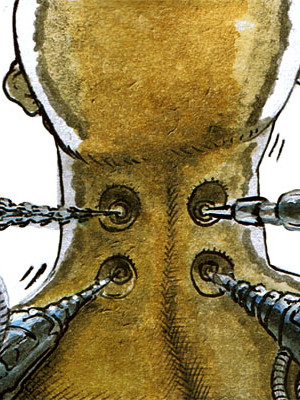 Obekna is a short science fiction espionnage novel, the scenario is from Olivier Noel.