A cyberpunk comic: Devlok, the Techno-Templar. Book One

This is an adventure in the "Hyperhedron", a universe whose structure is made of nano-machines, where pseudo-gravity and non-definable temporal sectors act as physical laws, a space where human doesn't really have its place. After the unexpected crash of his shuttle, "Devlok" is taken away by cybernetic creatures and brought into the biomechanical depths of the poly-teflo-carbon giga-tubes,...

This is the first comic I started work on pretty much seriously and it is 99% all hand painted with watercolor, acryl, tempera and various inks on tensed 300g. watercolor paper. As being a Belgian comic fanatic, it has a big european sci-fi influences aswell the format. I published the very first edition of the book myself, including two other short stories and some art in plain pages.

Only the first chapter was in the first edition which had its little local success. So I soon made a second edition in French and a new one in english and a second chapter of 8 pages was added. With the then 20 pages of "Devlok", the book had aslo two other short stories: Obekna and Controlled transgression + art in full pages and extras in a 56 pages (200gr paper, A4) book with matt soft-cover.

At the moment, the books are only available as presales on my Bigcartel Page.

You can read the first part of the story of "Devlok, the techno-templar" here. 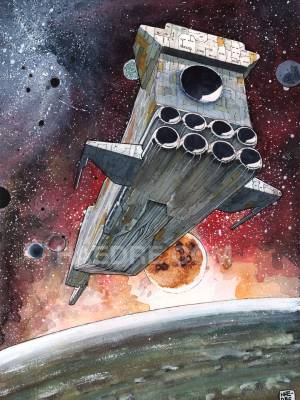 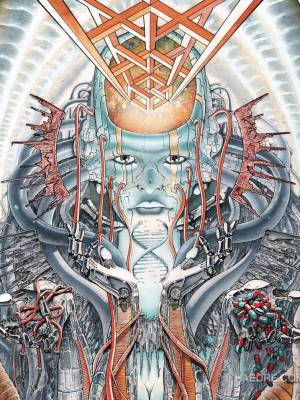 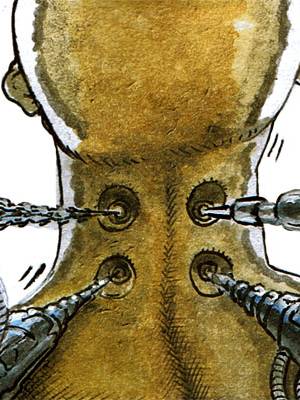 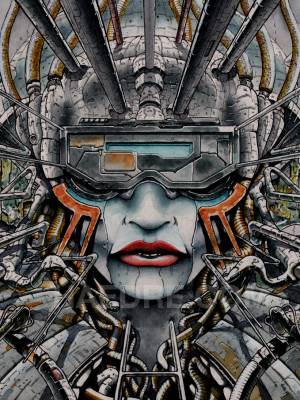 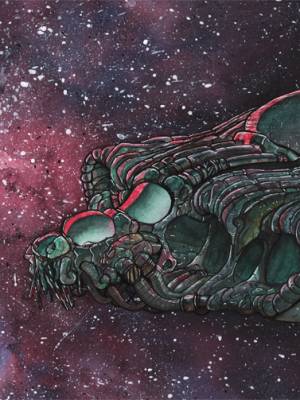 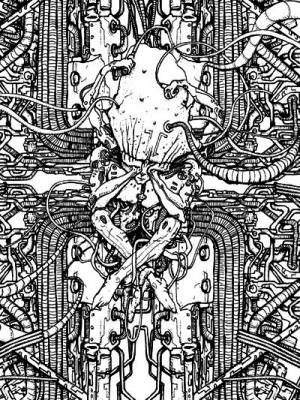 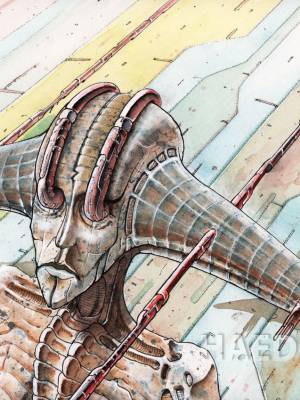 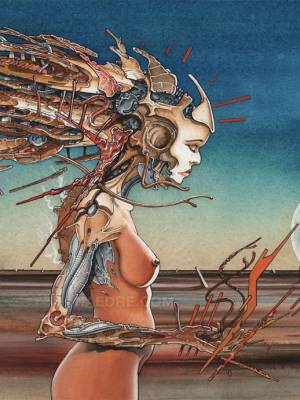